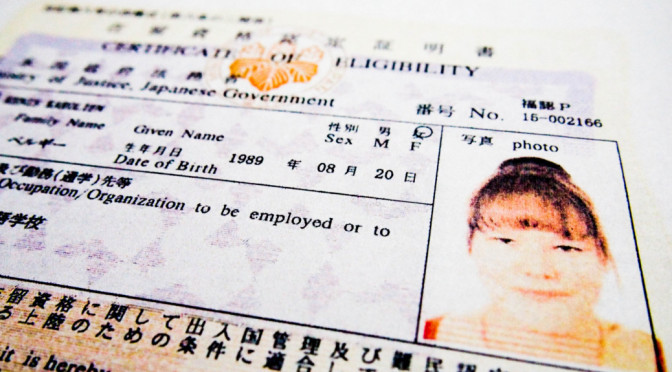 It’s official, I’m gigantic behind with my blog. Two weeks ago I started at the YMCA, the school where I will try to improve my Japanese skills in the coming year. But it is all much more tiring than I thought. I’m not going to make promises like “I’m gonna try to catch up”. I’m going to see when I can find the time and energy to write something. And today is that moment. Because I’ am an official alien.

I’ am an official alien

Precisely on August 31 I got, and a lot of other future YMCA students, the good news that our visa was approved. ‘Finally’, ‘phew !!’ were the first thoughts that went through my head. But in hindsight was that consent of my visa the least complicated thing of the whole process.

The Nobel prize for bureaucracy

The school applies for this procedure already for many years. they told us that we all had to go to the immigration office so they could change or tourist visa into a student visa. Just go there to and everything will sort itself out. But that’s not what happened at all.

Arriving at the immigration office, we were told that or paper that we received was not the official one and that we had to fill a lot of papers + we needed to bring another 4000 Yen had to make this all possible.

Disappointed returned from the immigration office, we were told by the school that the problems we experienced were due to a ‘change’ in the regulations.

Apparently, the Japanese government doesn’t want people to change their visa in Japan any more. They want you to do this in the country where you officially live. (bureaucracy) But because our procedure was already started when all this changed, we got an exception if we provided the immigration office a letter, “Why we really could not go back to our country to change the visa.”

YMCA saved the day (aka, all the papers)

A week later we are all went for the first time to YMCA to fill in the heap of paper that we had received from the immigration office. (We also did at the same time or placement tests). The papers all contained the same questions that we had filled out on our original application; Do you have enough money? You sure you don’t have a criminal record? etc ….

With the official paper for the approval of my student visa, the pile of papers we had filled out at the YMCA, a new passport photos (Because I wasn’t allowed to use old photos anymore -_-) and with my self-written letter, I went for the second time to immigration.

One of the Seven virtues (or not)

Patience is definitely a virtue in Japan. First I needed to go to a person that had to read all the papers if they were filled out correctly. Then got assigned a number and I had to start waiting for the first time.

After 15 minutes It was finally my turn. A woman, who looked rather like she wanted to go on a vacation, took my papers and immediately hit a sigh (Because I was not the first person that came along with these paper. In the same waiting room there where a number of other GenkiJACS students waiting to change their visa) but she asked me directly to sit back and wait again.

After waiting another 10minutes, I heard the standard explanation that changing visa is not allowed, but They made an exception for me (and that I should be very grateful for this).

The next thing I had to do was leave the immigration office and go to the nearest ‘seven eleven’ (a popular chain in Japan). Here I had to ask for a 4000yen stamp. Because to do all this work they needed this stamp. After a brief discussion with  the lady that was working at the store I finally had the expensive 4000yen stamp in my hands and I could go back once again. The stamp was put on the paper, and I was again invited to sit down and wait.

After about an hour of waiting my name was finally called and I got my passport back which a red cancelled stamp and my identification card that makes me an official alien in Japan.  So from them one I can say: I’m a official alien. 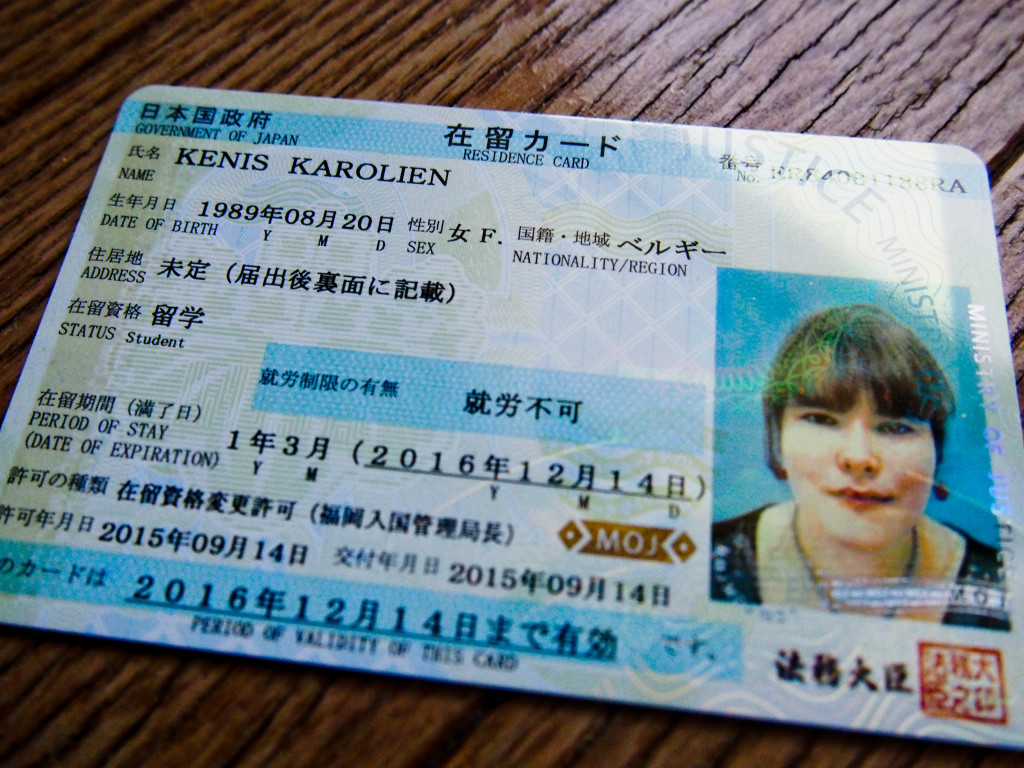 The picture is horrible, but I got an identification card XD