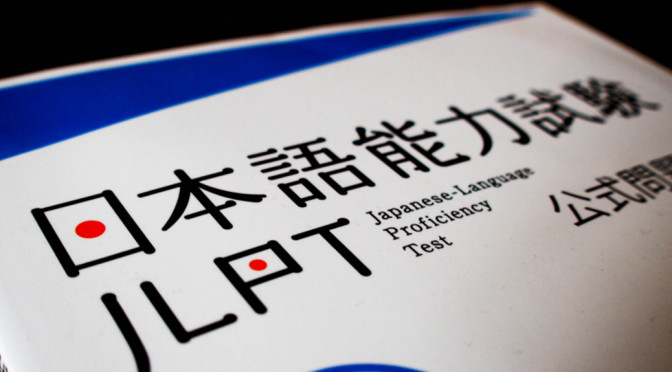 It was peaceful after the stress and the busyness from the Easter holidays. I had scanned and sent the necessary documents. It was GenkiJACS’ turn to take the next step.  Here is a update of the roller-coaster week in:  Dear diary, JLPT 3, interview, …

On Sunday, May 3rd, I went to a market called Sweet Sunday to sell some of my crafts. On this craft market of homemade stuff I sold my crochet and origami creations for the benefit of my trip to Japan. Even though the weather was a bit disappointing, it was a successful day. My origami ‘crane bird’ earrings were a huge success and the market also gave me the opportunity to make a lot of promotion for my blog.

Last week I finally received a new mail. The official papers were drawn up to start my application for a student visa. They had to be printed and signed and then as soon as possible returned.

A small detail that I noticed made me a little nervous. It said that in December of this year (2015) I’m going to attempt to do the JLPT (Japanese language proficiency test) level three. This level was a goal I had imposed on myself, but I was a bit shocked that I have to take this test this year. I assumed that this would be about the level that I could achieve after I studied for one year.

I quickly went looking for books that could prepare me for the test. I wanted to know what grammar, vocabulary and kanji I need to know by the end of the year. After some research, I chose the ‘Nihongo So-matome’ books. 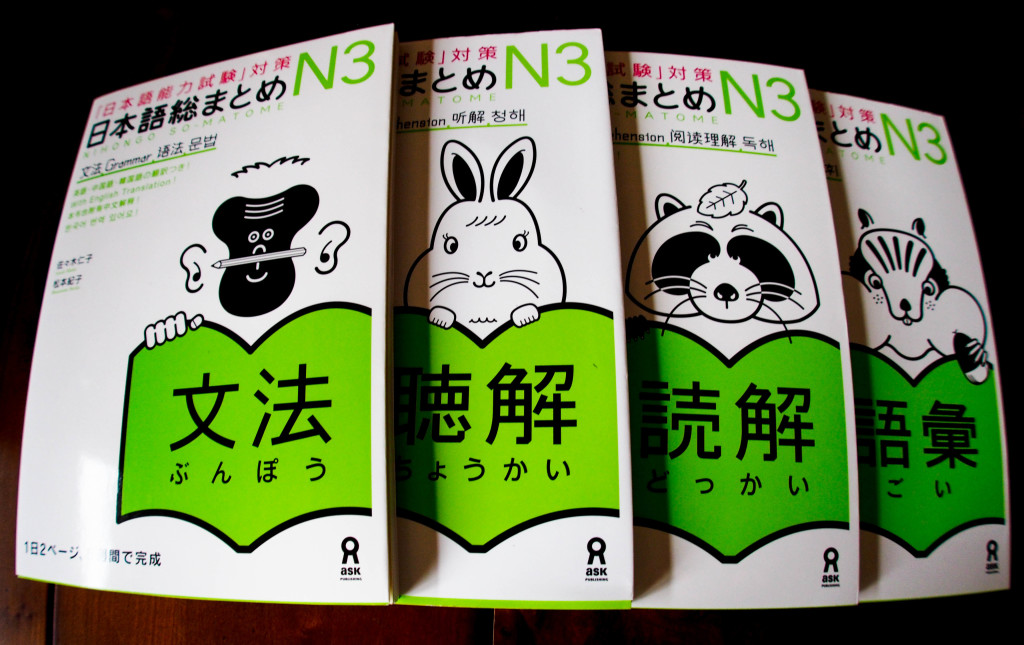 The first four books I recieved

At first sight, I still have to do some studying. Especially kanji and vocabulary and of course I must definitely improve my listening skills. But looking at the grammar, I noticed that I already learned some bits and pieces. This made me a little more reassured in my chances of passing the test at the end of the year.

Suddenly I received another email from GenkiJACS. YMCA (the school where I normally start studying in October) wanted an interview with me. They wanted to evaluate my knowledge of Japanese to see in which class group they can place me. Telephoning is already not my favourite activity, and now I had to hold a conversation in Japanese (I unfortunately have very little confidence when it comes to speaking Japanese). Oh dear, I suddenly couldn’t sleep anymore.

I could not escape this, it had to be done. So Thursday, with a heavy beating heart, I picked up the telephone and a had half an hour long conversation in Japanese. The questions were not so difficult. I could understand them one by one. But because of my nerves and noise on the telephone line, I had to ask to repeat the question a few times.

Thinking back on this conversation, I realized that I made several stupid mistakes (but I always have that feeling). I at least hope that I can still go to YMCA. I’m now nervously waiting for the next step. Only then I will be more confident again that I can go to Japan to study there.

**Update** got a reply that the interview went well ^^.

If you have remarks, suggestions, or questions you can always post them in the comments section, on my Facebook page, Google+ page or through Twitter. See you next week.